Atletico Madrid are eyeing to land two stars Carlos Tevez and Luciano Vietto, according to latest reports from SkySports. 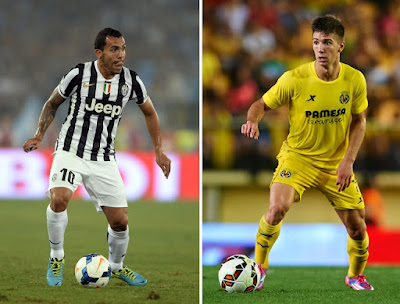 La Liga side are keen to land strikers this summer and with Tevez set to leave Juventus in this window they certainly are looking to seal his deal.

Liverpool are also said to be interested in the former Manchester United star, however the player will surely be eyeing a Champions League side.

Tevez who won the Domestic Cup, Serie A and won the silver medal in the Champions League has already told that he will leave this summer. It is also expected that he might return to his childhood club Boca Juniors.

Atletico Madrid boss Simeone told AS when asked about Tevez move that he is excited to have players like Tevez.

While Vietto who has also been targeted by Arsenal and Liverpool is also said to be on top of Diego Simeone transfer list.

Simeone told regarding Vietto that they are set to complete his move.

The Argentine manager has also cleared the rumours regarding Radamel Falcao that he is not planning to resign the Colombian.

Falcao who failed to impress in Manchester United jersey played two season at Atletico before moving to AS Monaco.