It was always going to be a herculean task for Bayern Munich to overturn a three goal deficit with Pep Guardiola and his men having their work cut out for themselves. It was a brilliant game with both teams attacking from the onset and in the end it was not to be for the German side as the damage was done in the first leg itself.  Both the seasons in Pep’s coaching career in Bayern see his side crash out in the Champions League semi-finals to Spanish opponents. Barcelona on the other hand March on to Berlin awaiting their fate with either Real Madrid or Juventus. Let’s take a look at the talking points of this game. 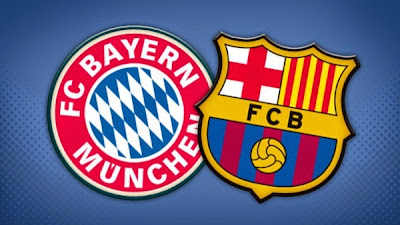 1. Ivan Rakitic shot early on: Bayern had to go guns blazing early on but at the same time ensured that they don't end up getting caught out in counter attacks, and they almost paid the price when a long ball from Dani Alves caught out Bayern’s defence and found an open Ivan Rakitic whose shot was smartly saved by Neuer. Early warning signs from the Spanish side. The game was certainly stretched from the first minute itself.

2. Mehdi Benatia's goal, was it a start for a comeback? : With Barcelona firing early warning signs, it turned out to be the Bavarians who scored first with Benatia scoring a header from a set piece. The defender was left unmarked, shambolic defending from Barcelona, who all night were weak in defending set pieces. Something for Luis Enrique to look at. But that goal set the tone for the game.

3. Messi+Suarez+Neymar (MSN combo): With Bayern scoring early and gaining some momentum the onus was on these three to make a difference and they certainly did with these three being involved in Neymar’s goals. Unselfish play and fluid passing between them makes arguably the best attacking unit in the world. Bayern having no choice with their defenders having to push up and play a high line as they were trailing and ultimately were punished by the three. Fantastic game from these three. Neymar could have had a hat-trick in the closing moments of the game only for him to over shoot his pass to Messi unselfishly.

4. Ter Stegen fantastic save or Lewandowski’s goal? : Towards the end of the first half with Barcelona scoring two early goals which ultimately ended Bayern’s dream of qualifying for the final. The Bayern striker lashed an effort which was palmed smartly by Ter Stegen but was slowly creeping its way into the net only for Ter Stegen to get back in time and push the ball out to safety. It was certainly debatable as some replays showed that the entire ball did not cross the line and a few felt it should have been a goal. It’s time UEFA considered Goal line technology for this major event, as we can see how this technology has benefited the English Premier League this season.

5. Both teams had plenty of chances: Bayern Munich hats off to them for not getting rattled after giving away two goals they fought till the very end and had a total of twenty attacks on goal of which eight were on target, a valiant effort from the Germans, but would be disappointed in squandering many chances. Barcelona did not sit back and enjoy their comfortable advantage either; they had a total of five attempts out of which four were on target.