Tottenham Hotspurs are set to beat Serie A side AC Milan for the signature of Dynamo Zagreb teenager Vinko Soldo, as per Tuttomercatoweb. 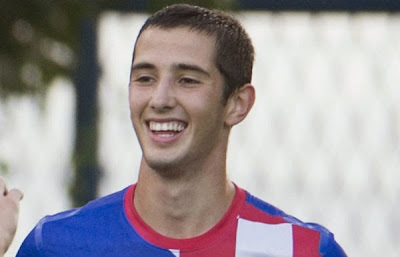 The Croatia Under 17 star has been on Spurs and Milan radars for the past few months and both are keen to land him this summer, but the recent reports claim that the Premier League side are likely to win the race.

Spurs have sent their representatives to Bulgaria where currently the Under 17 Euro tournament is being held.

Tottenham scouts were there in the game between Croatia and Austria few days ago and monitored the player performance.

The 17-year-old center-back has been exceptional for his country as they have not conceded a goal in the tournament.

Soldo will be out of contract this summer and Dynamo Zagreb will not get a single penny from his move. The Croatian side are keen to seal his deal so that he can be sold in the future for a decent transfer fee.

While on the other hand Spurs are also hoping to beat Arsenal for Celtic defender Virgil van Dijk.

The Dutchman who is rated at £10million has said that it will be difficult to reject a move to Premier League, according to London24.