Schalke have suspended three players as a consequence of losing to Cologne at the weekend that has left their hopes of playing European football next season hanging in the balance. 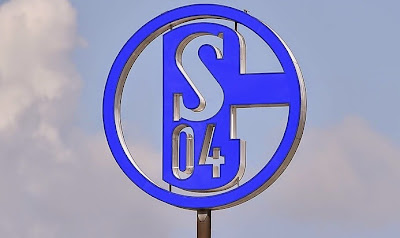 Kevin Prince Boateng, Sidney Sam and Marco Hoger have been punished for the surprise 2-0 defeat away from home.

A crisis meeting was held on Monday morning with the three attacking players being blamed for the defeat and effectively suspended.

Former Portsmouth and AC Milan midfielder Boateng and Hoger both have a year left on their contacts where as Sam still has three years left on his deal having just signed last season.
General Manager Horst Heldt questioned the three player’s loyalty to the club as he spoke to the press after the loss on Sunday.

"If a player is not willing to do what we ask, then he will not be at the next training session." Heldt when as far as suggesting that all three players’ future at the club could be over as he said. "Some players are - regardless of contractual arrangements - going to feel the consequences."

With just two games remaining in the season they sit 6th, occupying the last Europa League spot but have Borussia Dortmund hot on their tales just are two points behind in 7th.

Schalke’s form has dipped dramictally since they beat Real Madrid in the seven goal thriller in the Bernabeu two months ago.

Since that win they have only picked up one win since the second leg win and have only won four league games in 2015.

Manager Roberto Di Matteo will need to galvanise his players for the last two games against Paderborn and Hamburg if they are to hold on to the spot European spot.