And then there were two, with Juventus beating Real Madrid to progress through the final and face Barcelona in Berlin. It will not be the El Classico final that many would have hoped for, but it is going to be an interesting fixture where the best attacking force in Europe meets the best defending side in Europe. Looks like after this loss Real Madrid are going to end the season trophy-less as these past few days not only saw them crash out of the Champions League but saw their chances of winning the La Liga slip away. 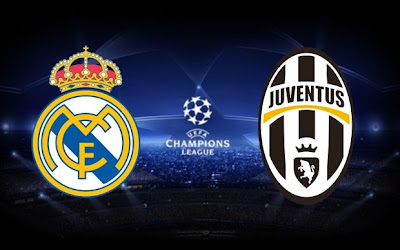 Juventus lived up to their word when they said earlier this week that they would not sit back and hold their advantage, but they would take the game to Madrid and they rightly did. In the end the result was a scored draw which saw Juventus win 3-2 on aggregate. Let’s take a look at the talking points of this match.

1. Real Madrid’s penalty in the 20th minute: Real Madrid needed to be in the front foot and they were doing exactly that, seeking an early goal which would not only settle their nerves but also make Juventus chase the game and they could capitalize on the counter. James Rodriguez made the most out of Chiellini’s challenge in the box going down quite easily for referee Eriksson to award Madrid the penalty which was calmly slotted in the middle by Ronaldo.  It’s debatable whether the penalty should have been given. The Penalty not only made Ronaldo equal the scoring with Messi with both having ten goals this season in UCL, but also making up for the penalty miss in the weekend against Valencia.

2. Madrid had plenty of chances: Madrid have no one else apart from themselves to blame, for the amount of chances they created they failed to make the most of it. They had a total of 22 attempts at goal but just managing 5 attempts on target, the shooting boots were clearly missing on this night for the Madrid players.
3. Morata comes back to haunt Madrid: With Madrid leading and Juventus pressing forward to find an equaliser their persistence finally paid off in the 57th minute when Pogba headed the ball back to Morata’s path for the young Spaniard to control the ball and volley it past Casillas to restore Juventus’ lead. The striker as expected did not celebrate, but I’m sure he would be feeling ecstatic inside. Carlo Ancelotti on the other would be regretting his decision for selling him earlier this year. The standout player in this fixture has got to be Morata whose two goals in both legs not only helped Juventus progress but also his hard work on the pitch to run after loose balls and ball control was fantastic.

4. Juventus had chances to kill the game: With Juventus scoring the equaliser courtesy a Morata goal, the momentum started to swing in the Italian’s favour and they had two clear goal scoring opportunities which they should have done better. The shot from Marchisio which was saved smartly by Casillas who read the body movement of the Juventus midfielder enabling him to make the save look easy. In the dying moments of the game Paul Pogba had the chance to add the icing on the cake when he saw his shot saved by Casillas, to be fair it was a comfortable save for the Spanish keeper as Pogba’s shot was hit straight at him.
5. A day to forget for Gareth Bale: If the supporters were already angry with Gareth Bale, his performance yesterday would have infuriated the Madrid fans now. The Welshman had a galore of opportunities and most noticeably had a similar opportunity like he had in the finals last year where he headed the goal in extra time to see Madrid become the champions, although this time the same header saw it go over the bar rather than inside the goal. Tested Buffon with some long range efforts, never created any goal scoring opportunities for his fellow players too. Could this be the end of Gareth Bale’s Madrid career? A poor display from the Welshman overall.


Have your say below.