It was a cracker of a semi-final between Juventus and Real Madrid in the Champions League with the Italian side edging out a victory against the reigning champions, but Madrid take back to the second leg an important away goal which could prove to be vital in this semi-final. There were a few talking points in yesterday’s game and let’s take a look at them. 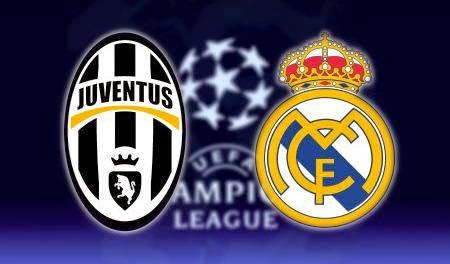 1. Alvaro Morata scores against his old Club: Real Madrid boss Carlo Ancelotti mentioned that he had no regrets over Madrid selling Morata and he came to rue over that decision, when in the 9th minute Claudio Marchisio played across a defence splitting pass to Carlos Tevez whose shot was pushed away by Madrid goalkeeper Iker Casillas which kindly feel into the path of Morata who slotted the ball into an open goal from very close range. As expected the former Madrid man did not celebrate but I’m sure inside he would have been feeling ecstatic.

See all the stats for the next game: UEFA Champions League Semi-Finals 2014/2015

2. Cristiano Ronaldo’s 9th UCL goal of this term: Towards the latter stages of the first half Real Madrid were constantly pressing forward and were soon rewarded when James Rodriguez played a wonderful lofted cross to an open Cristiano Ronaldo who slotted home a simple header into an open goal from four yards out. If Real Madrid had any chances to score in this game it would have to be the prolific Madrid star who has been in blistering form this season.

3. James Rodriguez missed a golden opportunity to put Real Madrid in the lead: After Real Madrid scored their first goal through Ronaldo, the momentum seemed to swing in their favour and they constantly keep threatening Juventus defence and in the closing stages of the first Rodriguez had a similar Ronaldo like opportunity to give the Spanish side the lead. An excellent cross from Isco which found James Rodriguez but only for the Colombian instead of finding the back of the net hit the woodwork from the same distance as Ronaldo’s header. He had an open goal facing him and no defender was in his sight. The Colombian should have scored, that miss could prove to be costly in this semi-final.

4. Carvajal awarding Juventus a penalty: With both teams heading into half-time a goal apiece, Madrid would have been the more happier side having scored an away goal and in the second half Juventus started the way they played the first half attacking from the onset and midway through the second half a brilliant counter attack from Juventus saw Tevez and Morata against two Madrid defenders and Tevez dribbled his way into the penalty box only for the Madrid defender to trip him and the referee had no choice but to award Juventus the spot kick. Carvajal must be feeling lucky as he was not sent off and even did not receive a yellow card to which Juventus midfielder Arturo Vidal did not take lightly and voiced his frustrations to referee Martin Atkinson which saw him receive a yellow card for protesting the same went to Madrid defender Marcelo too. Carlos Tevez stepped up and coolly smashed the ball in the center sending Casillas the wrong way.

5. Chiellini solid defending: The Juventus center-back put up an impressive display with a commanding performance, frustrating the Madrid attackers by warding off their threats and also put his body on the line with crunching challenges.