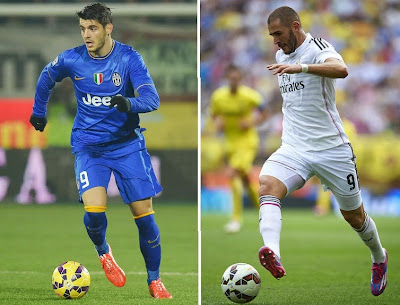 Morata who helped Juventus with his two goals to knock his former side out of the Champions League is been strongly targeted by Carlo Ancelloti.

The 22-year-old scored twice in the semifinal to lead his club towards the final of Champions League where they will face Barcelona.

Real who sold Morata last year are planning to launch £22million offer for the Spaniard, as per Spanish reports.

On the other hand, the Daily Mail revealed that the Los Blancos are likely to offload Karim Benzema this summer in order to bring Morata for the starting eleven role.

The arrival of Morata clearly hints Benzema move who is already eyed by several Premier League sides including Liverpool, Manchester United and Arsenal.

Man United and Liverpool both are in search of a World Class striker as they look to strengthen their attack next season. Paris Saint Germain forward Edinson Cavani has also been linked with them.

However, Carlo Ancelotti is a big fan of Benzema despite of seeing a drop in his form as compared to past seasons. The Frenchman has scored 20 goals only once for the Spanish giants.

Meanwhile, Real could be eyeing to sack Ancelotti this summer as he is likely to finish the season without a trophy.