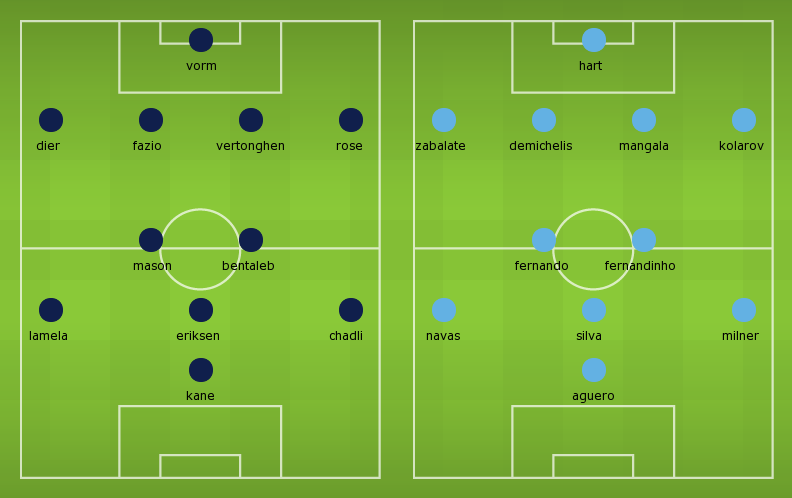 Team News:
Tottenham
Spurs defender Ben Davies is out for the remainder of the season with his shoulder injury. While Danny Rose has recovered from the hamstring problem and is expected to play.
Right-back Kyle Walker remains an absentee while Brazilian midfielder Paulinho is back after missing last weekend game against Southampton.

Manchester City
Man City have few stars on the sidelines, Stevan Jovetic, Yaya Touré, Gaël Clichy and skipper Vincent Kompany remain out with injuries.
Toure is out with a hamstring injury he picked up last weekend against Aston Villa.
Samir Nasri who missed last game remains doubtful once again.