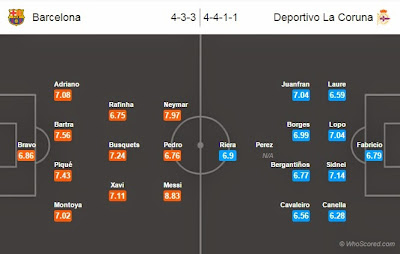 
Prediction:
Barcelona 4 – 0 Deportivo La Coruna, Lionel Messi to score a brace.
This match would not be important enough for the home side but their win can take Deportivo to the relegation zone.