Arsenal to splash £60million on Nabir Fekir and Alexandre Lacazette

Arsenal are set to splash £60million on Lyon duo Nabir Fekir and Alexandre Lacazette, according to French reports. 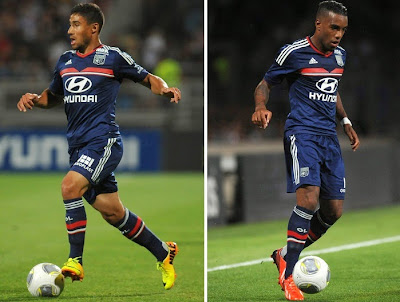 Both the players were linked with the Gunners in the winter window and are now likely to move to the Emirates this summer.

Arsenal scout was spotted in Lyon’s last game as per the France Football. Arsene Wenger sent Brian McDermott earlier this week to watch these stars play ahead of their summer move.

Fekir scored the opener on the ninth minute of the game, it was his 13th goal of the season. While striker Lacazette is already leading the Top Scorer Chart with 27 goals in just 31 starts in Ligue One.

Arsenal are already eyeing to fight for the Premier League title next season and has been linked with several of top stars in the past few months. Arsene Wenger need a striker and a winger who can add goals for the team and help them in achieving the target.

Lacazette is keen to move to a European club and Wenger is eager to add a goal machine to his squad. He has also been linked with Manchester United and Chelsea.

On the other hand, Arsene Wenger has also been given news regarding Liverpool unsettled star Raheem Sterling.

The Englishman wants to move to the Gunners. Liverpool have put a £60million price tag on the 20-year-old attacker.