Arsenal Player Ratings against Manchester United: An own goal let Arsenal to get an away point to keep their third spot in the Premier League. Ander Herrera scored for United.

Arsenal picked up a point away from home thanks to Manchester United for giving the away side a point with an own goal.
Arsenal and Manchester United both remain on their spots that is third and fourth, respectively. 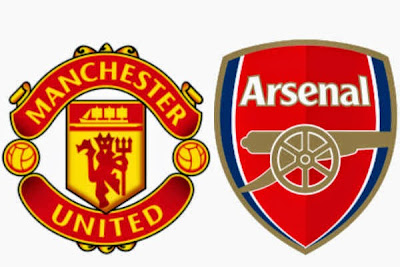 Starting Eleven:
David Ospina – 6
Arsenal stopper had a boring day as the home side only had four shots on goal.

Héctor Bellerín – 6
Controlled Ashley Young many times but failed to avoid a goal which was made through his side.

Laurent Koscielny – 7
A fine game from the Frenchman. He made several good interceptions and tackles.

Per Mertesacker – 6.5
The German was not greatly tested, however he was well with Koscielny as both the center-backs controlled their strikers.

Nacho Monreal – 6
Failed to mark Ander Herrera in the first half who scored a volley to the near post.

Francis Coquelin – 6.5
Not upto his mark, failed to control the game like he did in the past games. Break Man United possession only few times. He was substituted before the equalizer.

Santi Cazorla – 5
Failed to create anything for his players, a sloppy game from the Spaniard.

Aaron Ramsey – 8
A boring first half from the Welshman but was good in the second. He provided a great pass to Theo Walcott who converted his shot into an own goal.

Mesut Özil – 6
Sloppy passing from the playmaker near the box. Failed to create vital opportunities for striker.

Alexis Sánchez – 5
The Chilean had a very quiet game, failed to make any impact like he used to.

Substitutes:
Theo Walcott
Played only 19 minutes and was good enough to take his teammates back to home with a point.

Jack Wilshere
Came on inplace of Couqelin in the 72nd minute, brought energy and pace to Arsenal’s game.