Arsenal final day game against West Brom will be without several of tar players as they failed to recover, according to boss Arsene Wenger. 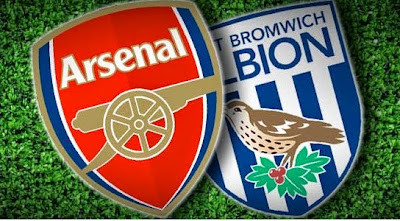 Arsenal will play without striker Danny Welbeck once again as his knee injury is yet to be recovered, Wenger confirmed yesterday.

The Englishman has not featured for the North London side since last month. He is hoping to return for the FA Cup final game against Aston Villa later this month.

Arsene Wenger told yesterday: “Welbeck is out for Sunday.”

The Frenchman also told that midfielder Alex Oxlade-Chamberlain and defender Mathieu Debuchy are back in training but are yet to regain match fitness. They are hopeful of making a comeback before the FA Cup final. However, they might not get a chance in that important game.

Wenger further added: “Oxlade-Chamberlain and Debuchy are back in full training but will be short.”

Skipper Mikel Arteta is also regaining his fitness and is unlikely to feature in this game.

Arsenal have secured the Champions League for next season but are keen to seal the third spot this weekend by beating West Brom at Emirates Stadium.

Wenger also said that he will rest few of his star players for this game as he eyes FA Cup trophy. Alexis Sanchez, Aaron Ramsey and Laurent Koscielny are expected to be rested.