We’ve reached that stage in the Premier League season where every game for the relegation threatened sides is crucial. Recent performances by some of these teams, a few have risen to the occasion although they are not safe yet, they are showing the rest of the footballing world including their supporters why they should stay in this league next season. A few on the other hand are feeling the pressure of trying to survive in this league. 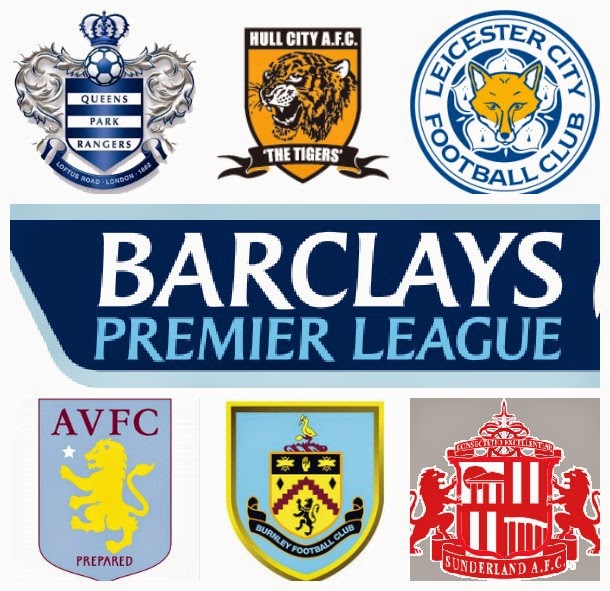 Leicester City have risen to the occasion spectacularly, having been the bottom team in the league for quite some time, many would have not expected this inspiring turnaround from the Foxes. Having put up a string of impressive wins only to lose out to Chelsea, but that shouldn’t hamper the spirits at the Leicester City camp. The Foxes currently sit at seventeenth place with 31 point a remarkable turnaround. And with the four remaining fixtures, they have three home games which is to their advantage to make the most out of with teams such as Newcastle United, Southampton and QPR and the one away game to Sunderland. The Foxes have showed that they do not back down easily and with the remaining fixtures against struggling sides except Southampton we could see the foxes remain for another season in the Premier League.

Hull City, The Tigers even though they were putting up abysmal performances they still were just flirting at the drop zone having done better at the start of the season with some good performances. But apart from the last two games their performances before have been poor and sooner rather than later the Tigers were dragged into the drop zone. That was the kick in the behind Hull City needed to put up impressive displays in their last two games away to Crystal Palace and at home to Liverpool they have jumped back to fifteenth place with 34 points. And with the remaining four fixtures against Arsenal, Burnley, Spurs and Manchester United it going to be nail biting for Steve Bruce and his side, because in their remaining four matches they face three opponents who are in the top half and the other against Burnley which will also be a tough game as the Clarets are also fighting for survival. But with three home games the Tigers have to make the most of home advantage and come away with something if they want to survive.

Aston Villa, The Villans must surely be buzzing on making it to the FA cup finals, but they still have a lot to do in the Premier League if they want to stay in it for next season. Tim Sherwood has notched a few key victories against sides like Tottenham to ensure his side still have a fighting chance.  The Villans are currently in sixteenth place with 32 points and with games against Everton, West Ham, Southampton and Burnley, Aston Villa still have a fighting chance with three home games to make the most out of and with Chrisitan Benteke in in sublime form, Tim Sherwood will be pinning his hopes on the big Belgian to rescue Aston Villa from getting relegated.

Sunderland, The Black Cats have been through a lot this term a change in coaches, supporters venting out their frustrations, but the only positive in the past few months was their victory over bitter rivals Newcastle in the Tyne-Wear derby. As a Sunderland supporter you would praying for a miracle to happen considering the run of games their side is about to encounter. They currently sit in eighteenth place filling up the bottom three positions with a game in hand. They face opponents like Chelsea, Arsenal, Everton, Southampton and Leicester. If Sunderland were too survive relegation it would be no doubt a miracle but it’s looking bleak for them.

Queens Park Rangers, a very erratic season from the Hoops. Shoddy defending in most matches have cost Chris Ramsey’s side the three points or even a point. And with four games left they face a few formidable opponents in Manchester City and Liverpool on their travels. They sit in nineteenth place with 27 points three points behind eighteenth place Sunderland and with games against Liverpool, Manchester City, Newcastle and Leicester it looks like it going to be tough for them to survive.

Burnley, at one point most football fans would have thought that the Clarets would survive relegation, but the side looks like it has run out of steam having lost their last three games in a row and slipping into last place in the league. And with games against West Ham, Hull, Stoke and Aston Villa there is definitely a fighting chance for the Clarets. They currently have 26 points four behind eighteenth place Sunderland and five behind seventeenth place Leicester. Burnley irrespective of what happens to them, they have provided the fans with some quality football and should be proud of it.

Normally at this stage in the previous seasons at least one team would have been confirmed relegated. This year it is going right down to the wire and these are the matches that football fans should focus more rather than the top four as it seems to be pretty much done and dusted.

Who do you think will get relegated this season?
Have your say below.