Manchester United are set to seal duo star Nathaniel Clyne of Southampton and Memphis Depay of PSV, according to the Sunday World. 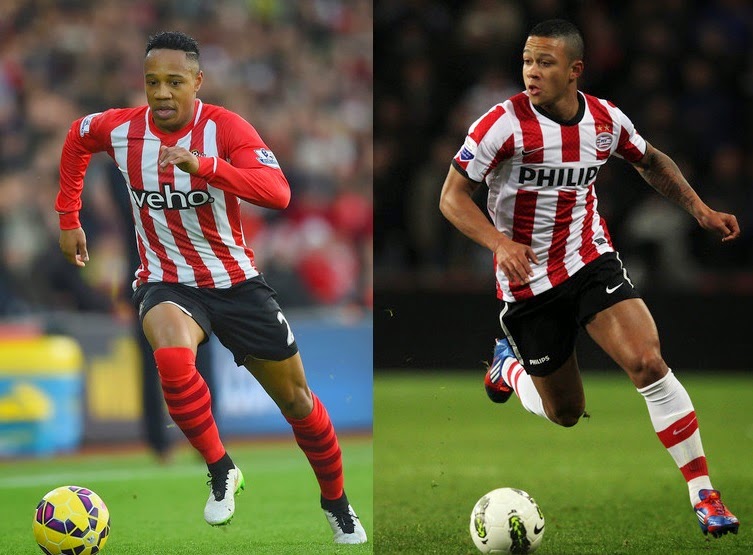 The reports have linked the Red Devils with several stars including Dutchman Memphis Depay who has been one of the top players in the Dutch league (Eredivisie).

The Dutchman has also been linked with Liverpool but United boss Louis van Gaal is confident that he will prefer a move to Old Trafford because of their good relations.

Meanwhile on the other hand, Southampton right-back Nathaniel Clyne has been strongly targeted by the Red Devils. His impressive performances have given him a regular place in England national team in the recent games.

Clyne will be out of contract next year and with United interested in his summer move the player is likely to decline a new offer at the St. Mary Stadium.

Furthermore, the Ibtimes reported that United will offer Javier Hernandez to Southampton as a part of Clyne’s deal.

Hernandez is currently on loan at Real Madrid but is not happy with the playing time given to him in La Liga. He is eyeing for a new club and the Saints could be his next destination.