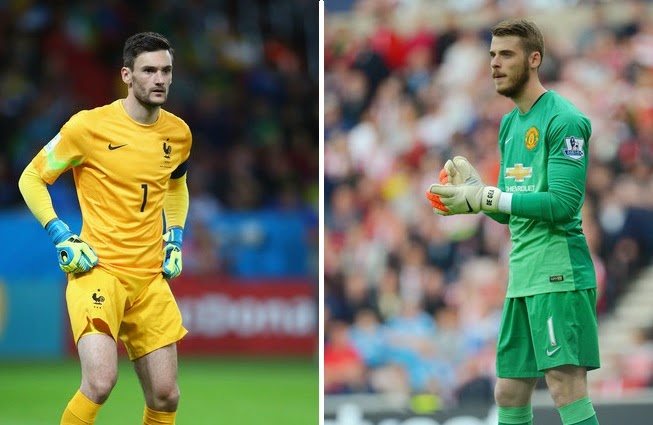 Manchester United stopper David De Gea has been in link with La Liga giants Real Madrid since the winter window. The reports have claimed the interest from Real Madrid is increasing day by day as they look to replace veteran Iker Casillas. However, the English side is in no mood to sell De Gea.

While De Gea is keen to join Madrid this summer, he has not yet agreed to United’s new offer of £150,000 a week. The Daily Mirror reports that the Man Utd are now planning to offer £200,000 a week.

The Red Devils signed former Barcelona stopper Victor Valdez in the winter window on a free transfer but wants to keep him as a backup keeper.

While on the other hand, Hugo Lloris has admitted that he wants to play Champions League football which he could not get at Spurs.

Maurico Pochettino's side is currently on sixth spot and are not even close to get the Champions League spot this term.

French giants Paris Saint Germain have also been linked with Lloris for the summer move. The Frenchman might be looking for a return back to his homeland.