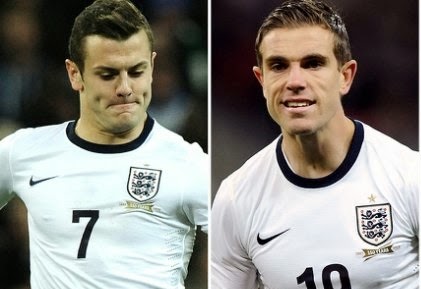 The Daily Mail claimed that the Citizens are planning to strengthen their side for next season in the summer.

City are currently on third spot and are nine points away from league leaders Chelsea who also have a game in hand.

Wilshere has missed the most of the season with injury and has now returned finally. He has featured for the under 21 side recently.

City manager Manuel Pellegrini is keen to land Henderson after his impressive displays in Premier League.

Henderson is currently enjoying the captain’s arm band as Steven Gerrard is suspended.

The Englishman has taken control of Liverpool midfield in the absence of veteran Steven Gerrard.

However, Brendan Rodgers is in no mood to sell his star player this summer but the Citizens  are confident that a big offer will not block their move.

On the other hand, Samir Nasri could leave Etihad Stadium in the summer window after spending a frustrating season.