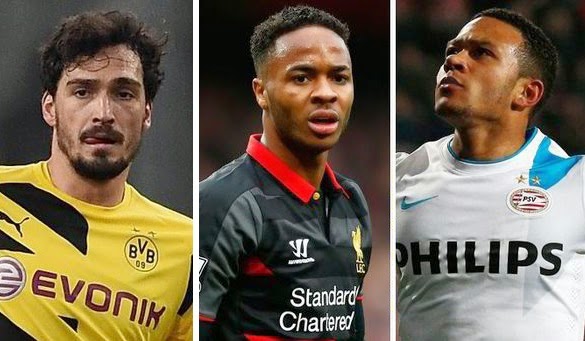 The Reports from Metro revealed that Man Utd’s summer signing Angel di Maria is likely to be offloaded at the end of the season to fund their move for Hummels, Memphis Depay and Sterling.
Also Read: Man Utd want Nathaniel Clyne and Memphis Depay

Di Maria who was signed for a club record fee around £60million has not proved his worth. He has failed to fulfil the expectations of the United boss and the fans. He has been seen on the bench in the recent games.

Dortmund’s Hummels and PSV’s Depay both have been targeted since last summer while Liverpool star Sterling is recently being eyed after his contract denial at Anfeild.

Also, LVG have Paris Saint-Germain defender Marquinhos on radar, and will go for him if he fails to sign Hummels.

Meanwhile, the Telegraph also reveal that United have been keeping close tabs on Sporting Lisbon star William Carvalho. They are planning a £25million offer for the Portuguese man.

Carvalho was linked with Arsenal in the January window.