Serie A side Inter Milan are planning to sign Manchester City duo Yaya Toure and Samir Nasri, as per English reports. 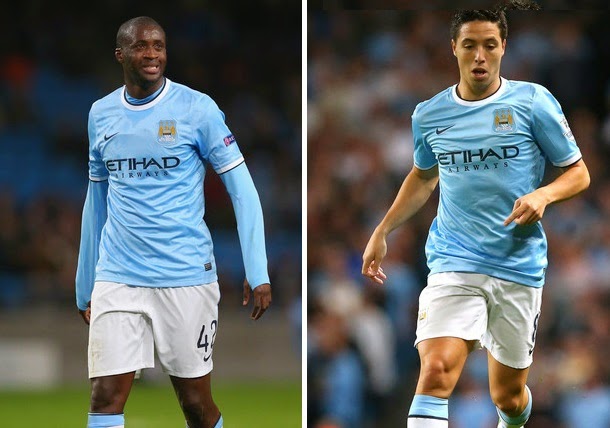 The Daily Mail claimed that the Italian outfit are keen to strengthen their side this summer. Currently, they are struggling in the Serie A, sitting on eight spot in the table.

Inter Milan boss Roberto Mancini is keen to team up with his former pair once again. The boss has managed both of them when he was managing Manchester City.

Yaya Toure has been key player for the Citizens since his move from Barcelona in 2010.  The Ivorian has been in link with a move away from Etihad Stadium since last summer. French side Paris Saint Germain has also shown strong interest in the past.

While, Samir Narsi who has not been a consistent player for City this term is also on Inter’s radar. He is reportedly planning to move this summer.

Nasri has started 18 games in the Premier League so far this term.

However, reports also claim interest from few Ligue One sides. The Frenchman is likely to leave the club to go back to his homeland.

Also, James Milner who has been eyed by Arsenal and Liverpool is also targeted by former City boss Mancini for the summer move.