Arsenal player ratings vs Liverpool: Arsenal boss Arsene Wenger have snatched the second spot in the Premier League by beating Liverpool by four goals to one.

Arsenal boss Arsene Wenger have snatched the second spot in the Premier League by beating Liverpool by four goals to one. Thanks to Hector Bellerín, Mesut Ozil, Alexis Sanchez and Olivier Giroud for scoring the goals. 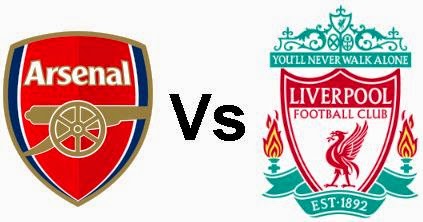 Below are Arsenal’s player ratings:

STARTING ELEVEN:
David Ospina – 6.5
The goalkeeper enjoyed his time at goal as Liverpool only managed to get two shots on target.

Héctor Bellerín – 8
The left-back had a great game overall, he scored the opener but made a silly challenge on Liverpool star Raheem Sterling in the box and let the visitors to snatch their clean sheet.

Per Mertesacker – 8
The German centre-back made few vital interceptions and managed to control the pace of Raheem Sterling and Lazar Markovic.

Laurent Koscielny – 7.5
Had a fine game but was replaced just after the half time.

Nacho Monreal – 7
Monreal was seen on the attacking area most of the time as the Reds were not attacking from the right side.

Francis Coquelin – 7.5
One of the top performer for the home side, he did his routine work perfectly and helped the Gunners from the midfield.

Santi Cazorla – 8
Failed to get a name on the scorehseet but still managed to play a top game. He kept ball so wisely and created chances for his teammate.

Aaron Ramsey – 8.5
Aaron Ramsey assisted twice from the right wing. He also showed some clever touches which might have converted into goals.

Mesut Özil – 9
Mesut Ozil scored the brilliant second goal from the free kick though it was Simon Mignolet’s error as the goalkeeper was out of position.

Alexis Sánchez – 9
The Chilean added the third goal before the half time with a wonderful shot. The shot had enough power that Mignolet failed to save it.

Olivier Giroud – 7.5
The Frenchman who won player of the last month award maintained his goal scoring form. He scored the last goal of the game in the end with a curling finish from 18 yards.

SUBSTITUTES:
Gabriel Paulista – 6.5
Paulista played 42 minutes in the second half and was totally calm despite of Liverpool's pressure.

Mathieu Flamini – 5.5
Played around half an hour, made few challenges.