Arsenal eyeing Maxi Romero Arsenal are preparing to complete a deal of Maxi Romero of Argentinean club Velez Sarsfield in the next few days, according to the reports.

Arsenal are preparing to complete a deal of Maxi Romero of Argentinean club Velez Sarsfield in the next few days, according to the reports. 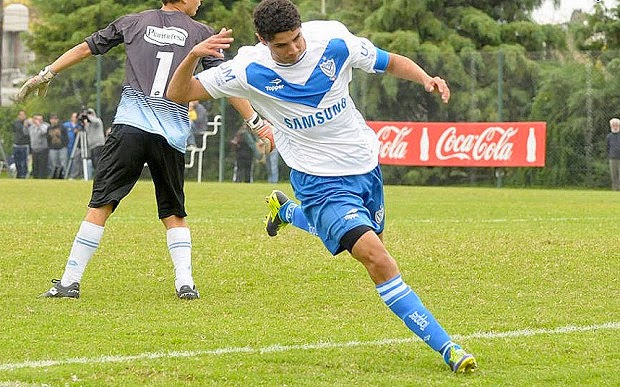 The Metro reported that the Gunners boss Arsene Wenger is keen to sign the 16-year-old star who singed his first professional contract recently at Argentinean outfit Velez Sarsfield.

The highly rated teenager has been eyed by Arsenal’s scouts over the past few months and are now set to seal his deal next week.

The 16-year-old is rated as the best young talent in South America at the moment.

It is reported that the Gunners will seal his move next week when the officials will travel to Argentina to finalize the deal.

Romero's agent, Rolando Zarate has also confirmed that Arsenal are set to seal a deal which will cost around £2 million.

Meanwhile, Arsenal long term target Jose Luis Gaya of Valencia is likely to leave the club in the summer, according to Daily Mail.

The 19-year-old full-back has rejected to sign a contract extension at Valencia as the repots claimed strong interest from the North London side Arsenal.

He has also been targeted by Chelsea, Manchester City and La Liga giants Real Madrid.