Arsenal are taking interest in Charlton Athletic teenager Joe Gomez, as per the Telegraph reports. 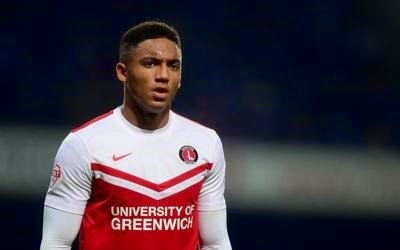 Joe Gomez has been one of the top teenagers playing in the Football League Championship. He has broken into Charlton’s first team this season. He has featured 17 times for the so far this term. The 17-year-old is a centre-back but is seen most of the time at the right-back role.

The latest reports from Telegraph claim that Arsenal manager Arsene Wenger has sent the scouting team to watch the player’s progress ahead of his summer move to Emirates Stadium.

Arsenal have already signed Carl Jenkinson from Charlton and also sent Francis Coquelin on loan to them in the past. The relationship between these sides is good enough and the Gunners could sign the teenager easily, he might be sent back to Charlton on a loan deal.

Gomez has featured for England under 19 and was a part of UEFA under 17 team of the tournament.

The player has been tipped as a big star in the future if he chooses the right club where he can play enough to develop himself as a big star. Arsenal would be a great club, considering the long term plan.