Transfer News: Nabil Fekir Reveals Arsenal Interest Arsenal fans have good news to enjoy their day with as their target Nabil Fekir has revealed his desire to play for Arsenal.

Arsenal fans have good news to enjoy their day with as their target Nabil Fekir has revealed his desire to play for Arsenal, according to his father Mohammed Fakir. 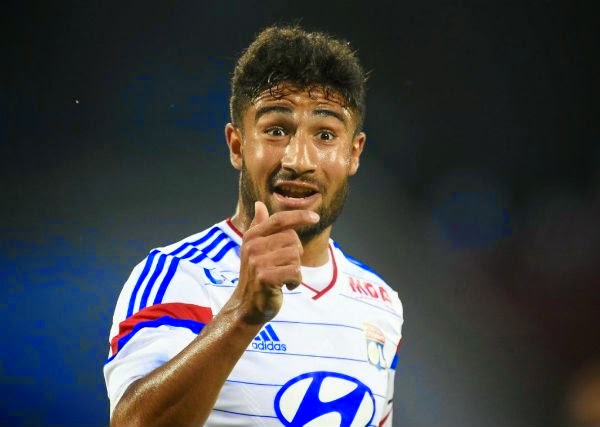 Lyon attacker Nabil Fekir has been in continuous link with the Gunners, he was eyed in the winter window and now Arsenal boss Arsene Wenger will try to seal his move in the summer.
Also Read: Arsenal submitted new bid for Ilkay Gundogan

Meanwhile, Manchester City are also reportedly keeping tabs on the player, however, the player has no plans to join them.

His father Mohammed Fakir recently told the French media that he would surely prefer Arsenal over Manchester City as he has no plans to sit on the bench.

“He will not go to Manchester City to sit on the bench.”

The Lyon star has been sensation for his Ligue One side, he has been a regular player and wants to keep his place in the future.

The 21-year-old has scored 14 goals in 33 games for the French outfit.

Fekir’s father further told La Parisien that his dream is to play for Arsenal under manager Arsene Wenger. He also added: “If he leaves, it will be for Arsenal. It is the only club that can enable him to progress, with Arsène Wenger.”

France national team boss Didier Deschamps has also been impressed with his performances. He was recently called up to play for his country. Deschamps told: “Fekir is a player with great potential.”