Cristiano Ronaldo shows his dancing skills in a new ad

Cristiano Ronaldo shows his dancing skills in a new ad Move over Usher, Michael Jackson and Chris Brown as the world have got a new talent in town, his name is Cristiano Ronaldo.

Move over Usher and Chris Brown as the world have got a new talent in town, his name is Cristiano Ronaldo. 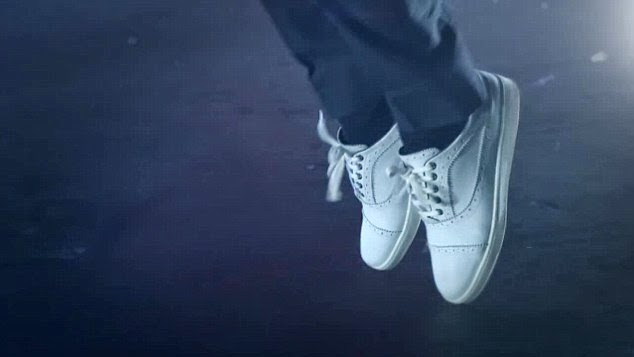 Real Madrid star Cristiano Ronaldo has shown some of his dance moves to the world in a commercial of his new footwear.

The Portuguese man who has already made a name on the football field is now showing that he can dance too while promoting his new brand CR7footwear.

Ronaldo, the three time Ballon d'Or winner shows the footwork usually on the football field but this time he did with different shoes. Watch the video below:

Ronaldo who is sponsored by Nike had conflicts with them before starting the footwear as he can give a direct challenge to them.

Before announcing his brand he needed their approval else he could have lost Nike sponsor, according to Portuguese reports.

Nike forced him to remove the trainers especially from his brand as it would have given them a direct competition.

Meanwhile, Goal.com revealed that Ronaldo is now the wealthiest footballer in the world with more than £150million personal wealth, more than Barcelona star Lionel Messi.