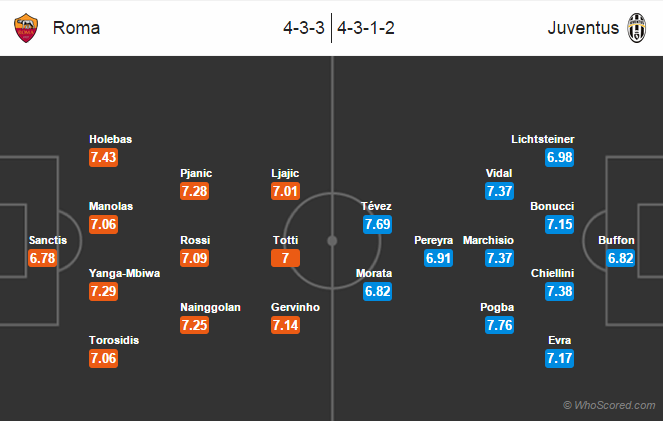 
Prediction:
Roma 1 – 2 Juventus
This game will be important for Roma as compared to Juventus as they are close to the third spot side, while Juventus are nine points clear from Roma.