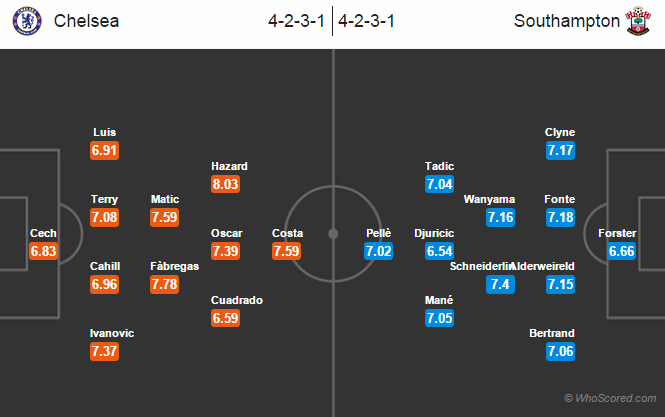 
Prediction:
Chelsea 2 – 1 Southampton, Eden Hazard on the scoresheet.
A win for Chelsea will take them eight points clear from second spot side Manchester City.