Manchester United vs Arsenal: 4 things you need to know

Manchester United will host Arsenal in a quarter final round of FA Cup later today at Old Trafford.

Below are the five things that everyone should know before the match: 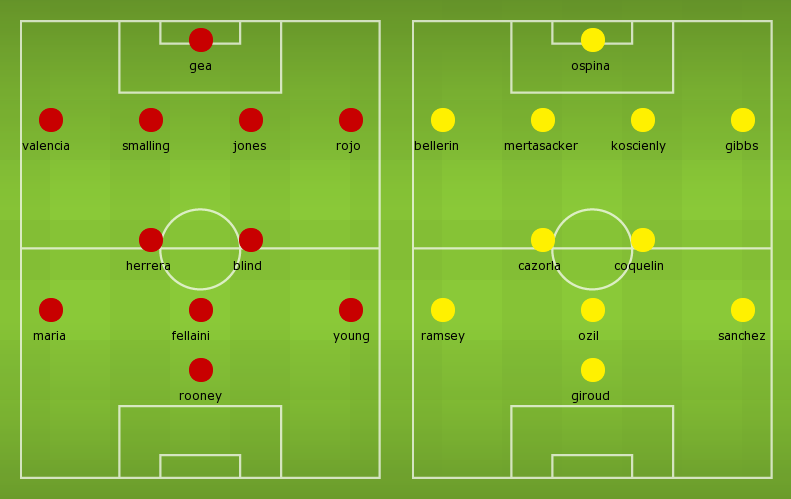 2. Why Manchester United fans are optimistic
Because they have not lost against Arsenal in their last eight games in all competitions.
Home form has been exceptional for the home side and are less likely to lose at Old Trafford. They have won their past four previous home games.
The Red Devils have a habit of winning games even without displaying beautiful football, last win against Newcastle United in the midweek is an example.

3. Why Arsenal fans are optimistic
Arsenal suffered a big home defeat against Monaco in a Champions League game but since then they have won back to back wins against Everton and Queens Park Rangers.
They are eyeing to make their winning streak to three games despite of knowing that their record at Old Trafford is not good enough.
Star attacker Alexis Sanchez has scored 19 goals and fans are hoping his 20th goal today against Manchester United.

4. Manchester United: Man to Watch
Englishman Ashley Young has been a great player for United in the past few games. He scored the winning goal against Newcastle United in midweek.
Young is hoping to help the team to reach the semi-final of FA Cup.

5. Arsenal: Man to Watch
Arsenal stopper David Ospina has been impressive for the Gunners. He has taken the position of Wojciech Szczęsny.
The 26-year-old is hoping for another wonder performance against the Red Devils.
The Colombian was signed as a backup goalkeeper but his impressive displays has given him a permanent starting berth.