Metro reported that Arsenal winger Wellington Silva is hoping to break into first team at Emirates Stadium after five years since his signature. 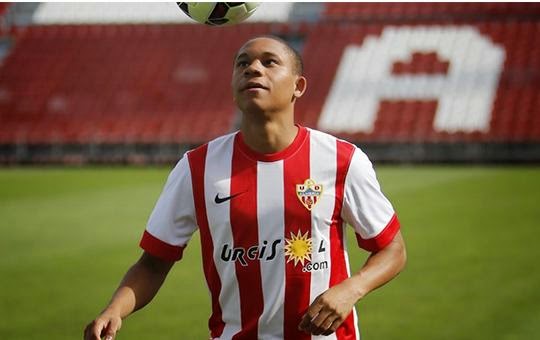 The 22-year-old signed from Brazilian side Fluminense for a fee around £3.5 million back in January 2011. The player is yet to make his debut for the first team.

The Brazilian winger was signed with lots of hopes in 2010 but Arsene Wenger is not satisfied with his form. Despite of it the player is hoping to get a chance so that he can prove his worth.

He has spent most of his last seasons away from Arsenal on loan. Currently, playing for La Liga side Almeria. He has assisted five time in 24 appearances for the Spanish outfit so far this term.

The Brazilian is well aware of the competition in Arsenal squad but he is confident and determined to get a chance. The 22-year-old will have to fight Danny Welbeck, Alexis Sanchez, Santi Cazorla, Mesut Ozil, Alex Oxlade-Chamberlain and Theo Walcott to get his place in the starting lineup.

Meanwhile, on the other hand Arsenal are eyeing more attackers for the summer move which would further lessen his chances in the first team.

Paulo Dybala is recently linked with a strong move to the Gunners, Read Full Story Here.