Arsenal star Wellington Silva is being targeted by La Liga side Sevilla, as per several reports.

The Spanish media claimed that Sevilla are keen to sign him in the summer as the Gunners have no plans to keep him. 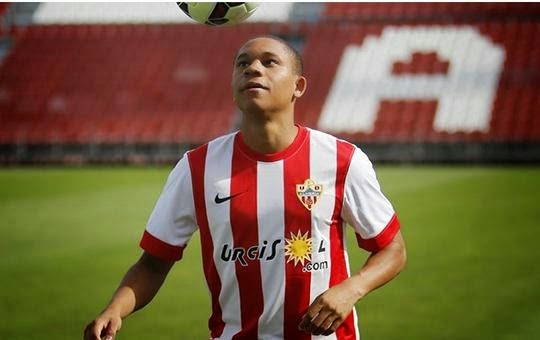 Arsenal signed him from Brazilian outfit Fluminense in 2011 for a fee around £3.5 million. The player has not been debuted by Arsene Wenger.

Silva has spent major part of his career out on loan, currently playing for Spanish side Almeria.

Europa League side Sevilla are keeping tabs on him since he stared impressing in Almeria jersey.

However, the 22-year-old is hoping to get a chance at the Emirates Stadium next season but reports believe that Arsene Wenger will sell him if the right offer comes.

Arsenal fans will surely be not happy with Wenger if he sells Silva without giving him a chance to prove.

It was also reported that Silva could be offered a new deal as his current deal will expire next year.

Wellington is yet to find the back of the net for the Spanish side but has three assists to his name in 16 La Liga starts.

The Brazilian is an attacking midfielder and can be used in any of the side of the field.