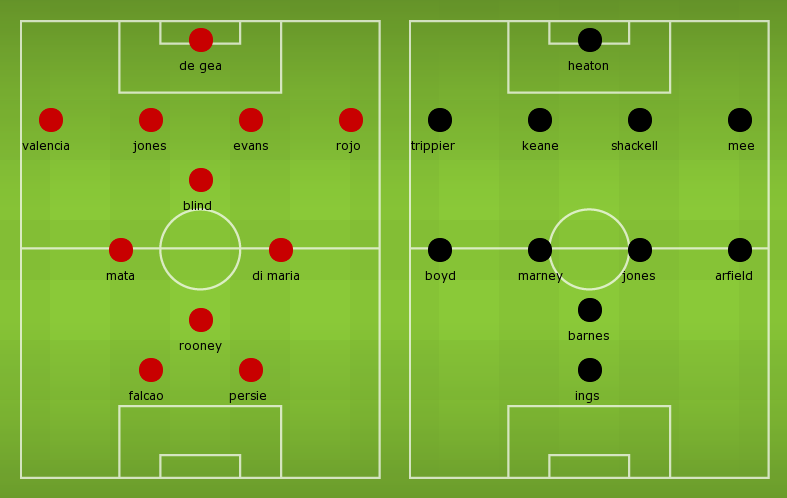 Manchester United 2 – 1 Burnley
A win for United could take them back to three, depending on Southampton’s result, but a loss for Burnley means that they will remain in the relegation zone.