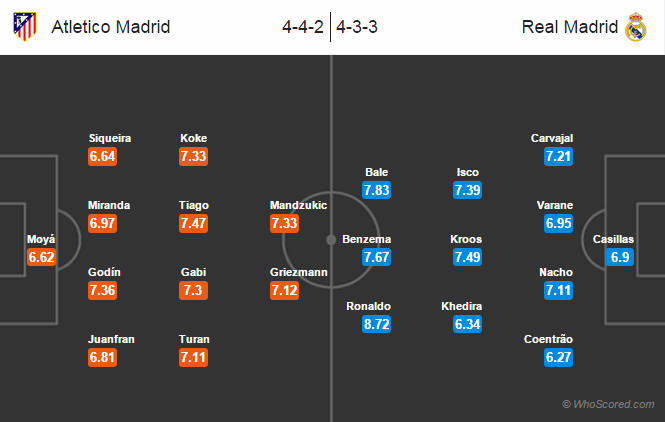 Atletico Madrid 1 – 2 Real Madrid, Cristiano Ronaldo to score on his return.
The home side are seven points behind the La Liga leaders Real Madrid, any kind of result will not snatch their third spot.