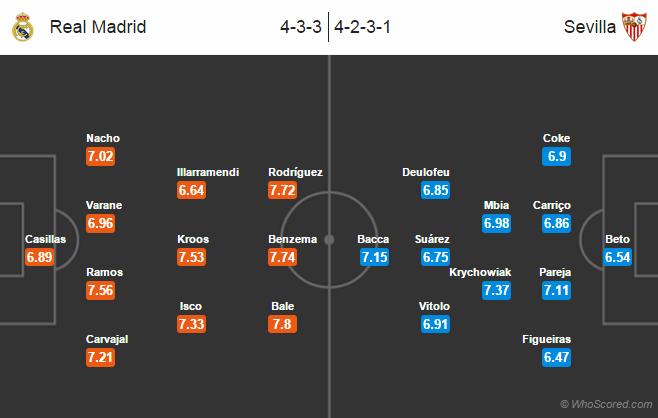 Team News:
Real Madrid
Los Blancos will continue without duo Luka Modric and Pepe as both are out with injury.
Cristiano Ronaldo is suspended for this clash. He will be serving his second ban.
Asier Illarramendi is likely to get a name in the starting eleven which will push Isco or James Rodriguez further up the pitch.

Sevilla
Coke is likely to be back in the starting eleven in place of Aleix Vidal.
Vincent Iborra is likely to sit on the bench as Stephane Mbia would start along with Grzegorz Krychowiak in the centre of the field.
Ever Banega could get a bench as Denis Suarez will start at the number 10 role. Gerard Deulofeu would start from the right side.
Sebastián Cristóforo and Reyes remain sidelined.