Manchester Untied have been link with several top players in the winter market, however they failed but reports claim that they will go once again for the same names in the summer.
The big names includes, Gareth Bale, Daniel Alves and Mats Hummels. 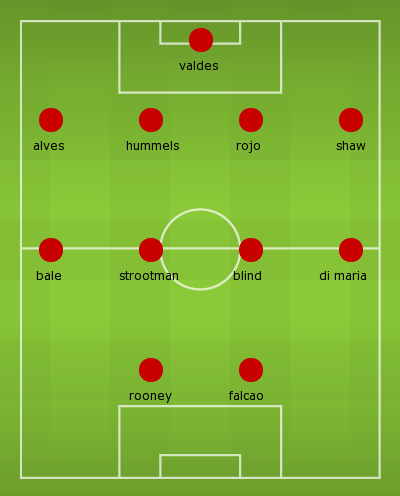 Manchester United have been strongly linked with Mats Hummels in the past. The World Cup winner has himself admitted that he would love to move to Premier League. And if Dortmund fail to avoid the relegation zone at the end, he will certainly leave.

Full-back Daniel Alves contract expires in the coming summer and has no plans to renew his deal, even Barca are not willing to offer despite of having a ban in the transfer market.

Gareth Bale has been tipped to be a big move of around 120 million pounds, however Real Madrid remain reluctant in selling their star player.

The Red Devils are likely to be without David de Gea as the reports strongly linked him with Real Madrid. Manchester could use him in Bale’s deal.

Also, Roma midfielder Kevin Strootman has reportedly already agreed to join the Premier League side in the summer. The Dutch boss Louis van Gaal will sign him in the summer.