From Crystal Palace To Caesars: The Rise Of Poker In Football 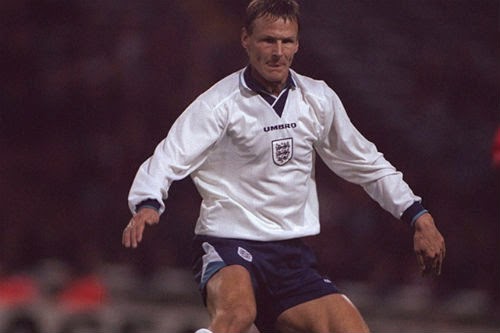 The likes of Jose Mourinho are chess wizards moving their line-up like pawns. The likes of Pardew, a WWE heavyweight, head butting opposition into submission.

But perhaps the mentality of a footballer is most comparable to is that of a poker star.

In fact you only have to look at the string of top pros who have made the transition onto the green felt to see that the sports almost go hand in hand together.

The likes of Teddy Sheringham, Gerard Pique, and John Carew have all seen success in tournaments, whilst Ronaldo, who even represents PokerStars as an ambassador, recently won $30,000 at the prestigious PCA Main Event in the Bahamas. But what makes a top footballer good at poker?

Is it because they are simply a footballer who is like that annoying kid in the playground that is good at everything? In some cases maybe, but that wouldn’t make this a very good article would it? Plus it’s a little more complex than that.

The traits of a footballer have a lot in common with the likes of Daniel Negreanu and Antonio Esfandiari who top the All Time Money List. Despite being physically stronger, being able to run faster, and of course being worshipped by millions across the globe, they, and the sports, are very mentally similar.

Take Jose Mourinho for example. The Chelsea manager has perfected one of the most important skills in poker – unpredictability.

You never quite know what you’re going to get from the Portuguese man both on the pitch and off it. Not only does he not shy away from big decisions, such as who to play in goal this season, he draws opposition players, and managers, into battles, making them uncomfortable. He’s had his way over some of the best in recent years from Arsene Wenger, to Pep Guardiola, to even Sir Alex Ferguson – a master in mind games himself.

That element of surprise has served him well over the years, whilst the opposition knowing he’s going to give anything away keeps them on their toes, particularly when Diego Costa is on the loose.

Costa himself would be a skilled player on the tables. He has that ruthlessness like Teddy Sheringham and Ronaldo. The desire to win. The want to be the best. And most importantly the belief in himself.

Footballers are rarely short of belief, it’s why Cristiano Ronaldo can beat a man and then beat him again. It’s why the Brazilian Ronaldo has over 400 career goals and three FIFA World Player of the Year titles.

World Series of Poker bracelet leader Phil Hellmuth has a similar degree of confidence, once stating about the game, “There’s the rest of the world, then there’s me.”
Having that confidence stimulates hypothalamus and hippocampus in the brain heightening self-esteem, and when you’re on the diet of footballers, it does it much faster.

And when a player is confident, they feel like they can do anything, targeting weaknesses like a lion preying on a wounded zebra. Whether it be Mourinho picking a side to expose a side’s defensive frailties, or Real Madrid’s Gareth Bale running down the left wing destroying a right back, using the right set-up and focussing on areas where you can enjoy success is a huge factor in winning football matches.

In PokerStars’ – a brand who have major pros including Negreanu and Chris Moneymaker – Play Like A Pro infographic, identifying weakness is vital in both your own game, and spying it in others.

On the tables it’s a case of researching a player’s previous hand, knowing what makes him tick, spotting when someone is bluffing. And that gets into an opposition’s head.

Like Gareth Bale running down the wing and beating his man, a right back will sit deeper and deeper desperate not to get beat again, that affects a back four’s positioning to play offside, exposing them further, and before you know it they’re defending the goal line and the biggest prize pot of all has been taken; a goal.

Of course much of the similarities between footballers and poker players lie in discipline. No matter what sport you play, you have to have the strength of character to sacrifice and work hard to be the best.

Norwegian football legend John Carew is a regular at major poker events having called time on a career that saw him capped 91 times for his country and play at clubs such as Valencia, Roma, and Lyon, and agrees that the sports require the same disciplines.

Speaking at a European Poker Tour event in London, he said, “You need to keep calm, you need to keep your nerves, and there shouldn’t be a reason why we can’t play it as good as the best poker stars really.

“We’ve been competitive all our lives and I think we have the nerves to cope with following the game.”

The ability to keep calm is of course a major skill. Negreanu tells us that when a guy likes his hand, he’ll immediately look at his chips, which is not only a weakness but shows the player is far from calm.

On a football pitch, that may involve diving into tackles instead of standing up a striker or snatching at a shot one on one with a keeper.

Being cool separates the best from the rest. It’s why Negreanu has $29 million in tournament earnings. It’s why Ronaldo has two World Cup winner’s medals and 62 international goals. More telling, it’s the reason the likes of you and I don’t.

We’re seeing more and more footballers play poker these days, with every tournament throwing a new player onto the tables. And the game of football is becoming much more strategic with it. From complex formations to dealings in the transfer window – in the summer Arsene Wenger compared deadline day to the game – the crossover is becoming more and more.

And let’s face it: we can see why, as both sports are exciting, tense, and adrenaline filled. Oh and of course, filled with a whole lot of money too.