Liverpool have officially revealed the lineup for the upcoming FA Cup game against Crystal Palace. 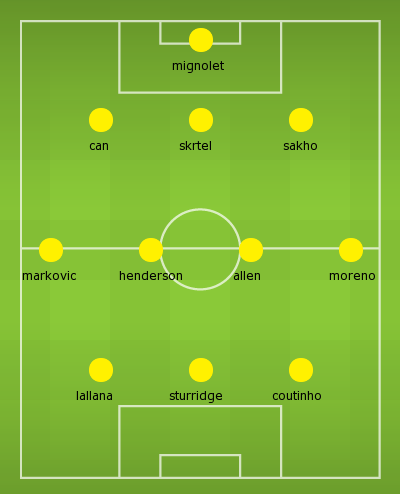 Mario Balotelli who scored the winning goal is on the bench once again.