Liverpool will face Bolton in the second leg of FA Cup game after failing to score at Anfield Stadium few weeks ago. The last game ended as a goalless draw.
Kick-off: 19:45 GMT
Venue: Macron Stadium 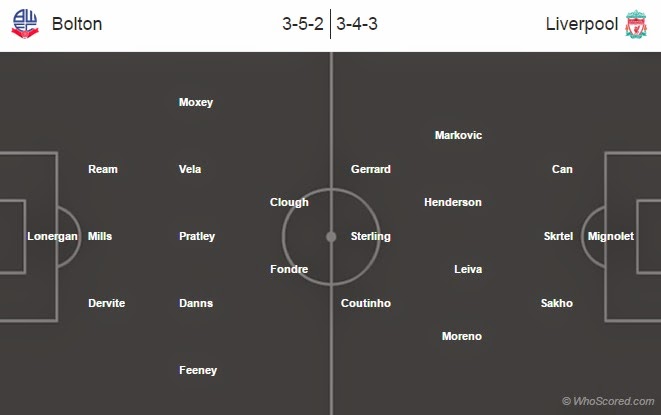 Team News:
Bolton
Former Liverpool striker Emile Heskey is doubtful for this clash. He missed the last two games for Bolton.
Max Clayton is the only player confirmed to miss this game.
Young striker Zach Clough is likely to start up front after scoring twice last weekend.
Former Barcelona striker Eidur Gudjohnsen is also hoping to take part in this game.

Liverpool
Liverpool boss Brendan Rodgers would play a strong lineup. Steven Gerrard is likely to take the arm band once again after resting on the weekend.
Only Bradley Jones is out with an injury, full-back Jon Flanagan has returned but is not match fit yet. Jordon Ibe is ineligible to play, while Kolo Touré is still unavailable due to African Cup of Nations.
Daniel Sturridge who made a great come back last weekend is likely to take bench tonight once again.