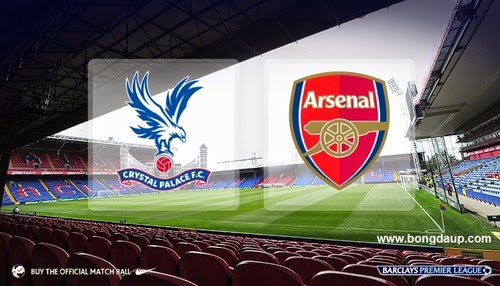 Santi Cazorla and Olivier Giroud were enough to grab the vital three points that took them above Manchester United and Southampton for the first time this year.

Below are the player ratings:

David Ospina: 6.5/10
The goalkeeper conceded a goal in the end which was the major negative we can see in him in this game.

Calum Chambers: 6/10
The right-back failed to control his side, the cross was given from his side which resulted in a goal.

Per Mertesacker: 7/10
The German centre-back plays a fine role in dealing with the long balls which could have led to a goal.

Laruent Koscielny: 7/10
The Frenchman was not at top but still managed to make vital blocks and intercepted several passes.

Nacho Monreal: 6/10
Monreal failed to control Wilfried Zaha’s pace in the first half, however he was way better in the second half.

Francis Coquelin: 7/10
Came close to a red card but managed to escape. He played another vital role for the Gunners in the midfield. He made six interceptions.

Santi Cazorla: 7.5/10
Cazrola scored the opener from the spot which was earned by Danny Welbeck.

Danny Welbeck: 7/10
The Englishman earned the penalty, which was the only major positive from the striker.

Alexis Sanchez: 6/10
Tried his best but failed to shine in this game. The Chilean had a great chance in the end to grab a goal but failed to convert it.

Olivier Giroud:  7/10
Scored the second goal set up by Ozil, later proved to be the winner.