Oulala have gathered the names of top five Premier League Penalty takers of all time which are given below. 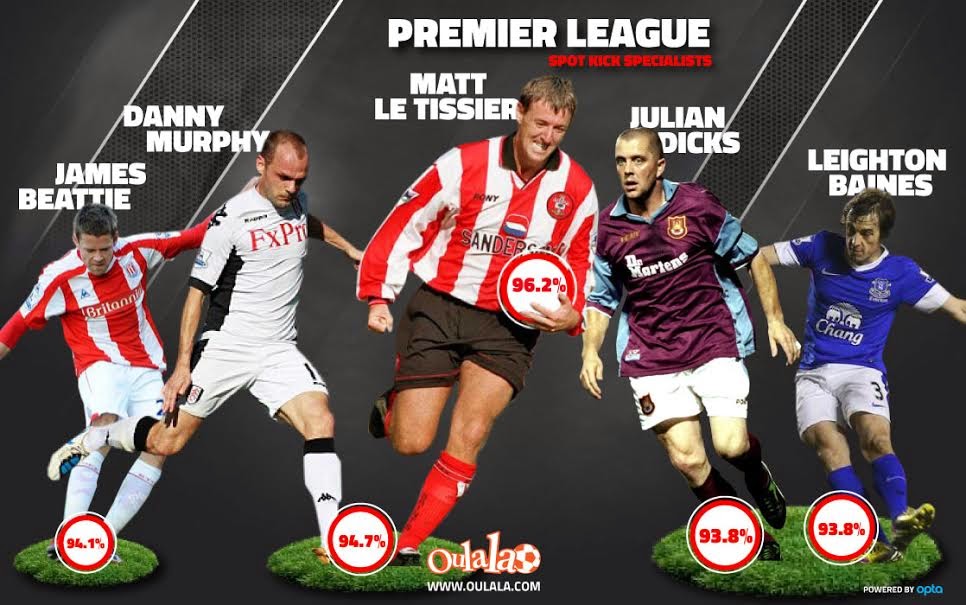 Matt Le Tissier
Former Southampton midfielder Matt Le Tissier tops the list in terms of the conversion-rate. Le Tissier who was named as ‘Le God’ scored 25 of 26 penalties during his ten season with the Saints in the Premier League. Overall record, 47 penalties have been converted into goals out of 48. An exceptional 96.2% record.

Danny Murphy
Former Liverpool midfielder Danny Murphy enjoyed his time in Premier League with four different clubs Liverpool, Charlton, Tottenham and Fulham. He had 19 penalties in the Premier League and 18 of them were scored. Conversion rate of 94.7%.

James Beattie
James Beattie also missed only a penalty is his entire career in the Premier League. He scored 16 of his 17 penalties for Blackburn Rovers, Southampton, Everton, Stoke City and Blackpool, making a 94.1% conversion rate.

Honorary mentions:
Eden Hazard and Yaya Toure
Hazard and Toure have a 100% record however they have taken less than ten penalties for their respective clubs, Chelsea and Manchester City.
Hazard has scored 8 while Toure has scored 7 goals from the spot.