Three Things We Learned From Arsenal performance against Southampton

Three Things We Learned From Arsenal performance against Southampton. The need for defenders. The want of strikers. Rotation of keepers.

Arsenal failed to pick a point against Southampton earlier today in a Premier League game. Below are the three things we learned from Arsenal defeat. 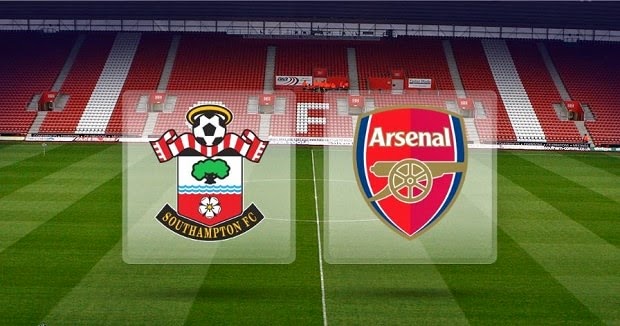 1- Arsenal still need a defender
The first thing that comes to mind after watching such a miserable Arsenal performance was the fragility of the Arsenal's defence. The return of Laurent Koscielny was welcome news for the Gunners but the amount of chances presented to the Southampton attack line was alarming. With two holding midfielders in place, Arsene Wenger opted for a more conservative approach to the game but the defence was sliced easily and often on the day. Per Mertesacker looked jaded because of playing too many games on the trot. Koscielny had the opposite problem with him playing only a handful of minutes all season. Arsenal are desperately short of a centre-back to provide the duo with sufficient backup as well as competition for their places.

2- A World Class striker
Another weakness apparent was at the other end of the pitch. Arsenal rarely threatened Fraser Forster’s goal and failed to penetrate the backline in front of them. They found it hard to cope with the physicality of Victor Wanyama and Harrison Reed and lost possession too often. They also lacked any aerial threat whatsoever and the few crosses that were delivered found only the heads of the Southampton defenders. Arsenal striker Olivier Giroud was sorely missed not just because of his aerial prowess but also his ability to link up the play, a feat Alexis Sanchez, deployed in the striker role, could not manage. Another commanding striker in the lineup would do a world of good for this Arsenal side.

3- Rotation of keepers
Wojciech Szczesny had a terrible outing. He was at fault for both the goals Arsenal conceded. I am a fan of Szczesny but every now and then he makes horrible blunders and has cost Arsenal more than what is acceptable. He is a good keeper and is still very young but when compared to the keepers in the other top teams of the league, he is a class below the likes of David de Gea, Joe hart or Thibaut Courtois. Maybe a run of games for David Ospina is in order to get the competitive juices flowing will benefit both the shot stoppers.