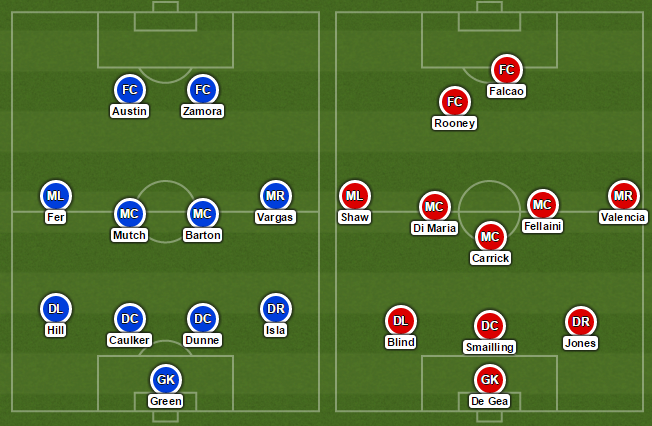 Team News:
Queens Park Rangers
Former Manchester Untied captain Rio Ferdinand is likely to miss a game against his former side.
Centre-back Richard Dunne has returned to lineup.
Alejandro Faurlin and Yun Suk-Young are both out with their injuries and midfielder Sandro is a doubt for this game.
Clint Hill is predicted to take left-back role of Yun Suk-Young ahead of Armand Traore.

Manchester United
Injury list for the home side are now looking better day by day, with only one player set to miss this game, Ashely Young. While trio Robin van Persie, Marcos Rojo and Rafael are all doubtful for this clash.
Marouane Fellaini has returned and is likely to start while van Persie who has a minor ankle problem would be rested for this game. Radamel Falcao will take his role in front of goal.