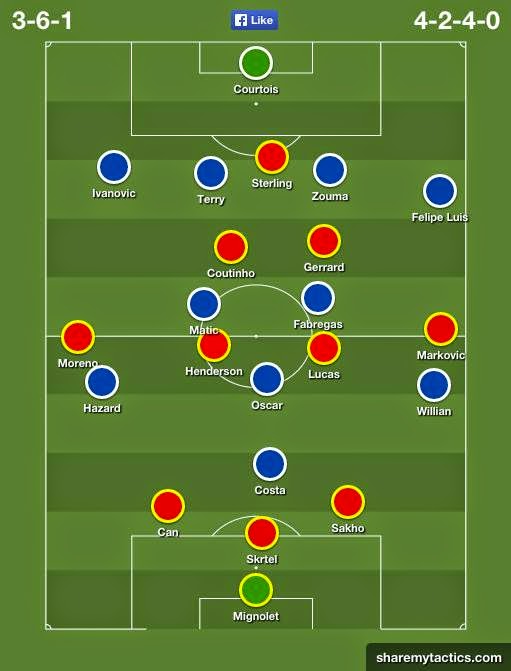 Team News:
Reds skipper Steven Gerrard who missed the last game due to a hamstring injury will be back for this clash.
Italian striker Mario Balotelli who also missed last game with an injury is likely to miss another game.
Fabio Borini is likely to be benched for Gerrard’s adjustment in the starting lineup despite the Italian scored a goal against Aston Villa few days ago.

Meanwhile, Blues boss Jose Mourinho has no new injury concerns for this Capital One Cup clash.
Stopper Thibaut Courtois will return after missing the previous three games for the Blues with a minor finger injury.
Full-back Cesar Azpilicueta is out with a groin injury. While Andre Schurrle and Loic Remy are hoping to get a start.