Southampton stay above Arsenal after beating them by two goals to nil, thanks to Arsenal goalkeeper Wojciech Szczesny who mad the two errors.

Southampton stay above Arsenal after beating them by two goals to nil, thanks to Arsenal goalkeeper Wojciech Szczesny who mad the two errors which led towards the goal. 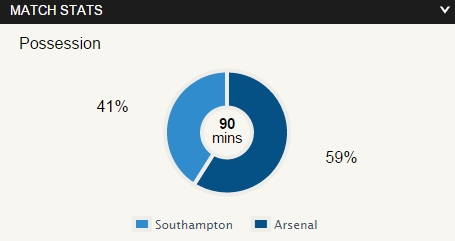 However, the away side won in terms of possession but the two errors made by the Gunner’s stopper Szczesny cost them points.

It all started when Sadio Mané scored a long range shot which opened the goal scoring account in the game. Szczesny’s positional mistake cost that first goal which was assisted by James Ward-Prowse. 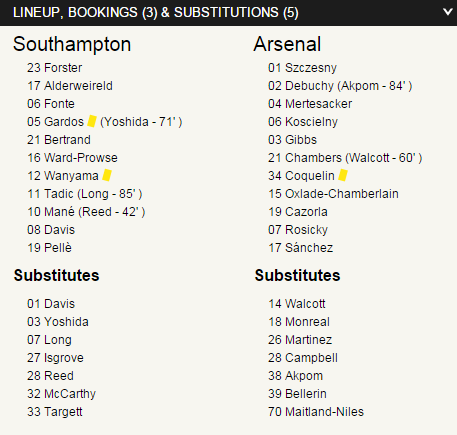 Arsenal were still in the game and tried to equalize before the half time but failed in the end.

Arsenal came close when Alexis Sanchez shot from the centre of the box was saved by home side goalkeeper Fraser Forster in the second half.

The Saints doubled their lead when Arsenal stopper made another mistake which was utilized by striker Dusan Tadic who put the ball in the corner from the left side of the six yard box.

Arsenal were not the top side today, their defence were very poor and unexpected errors from the Polish stopper made the day for the host side.

In the end Alex Oxlade-Chamberlain won several free-kicks in the attacking area but Arsenal failed to make the most of it.

From the stats, Arsenal were the dominant side with more possession. Both the sides had six shots on target while Arsenal won seven corners, five more than the host.

Arsenal remain on the fifth place with three points behind the Saints in the Premier League table.