Manchester United will face Cambridge United in the fourth round of FA Cup tonight at Abbey Stadium. This will be the only fixture in the FA Cup that will be played tonight.
Kick Off: 7:55pm GMT
Venue: FA Cup 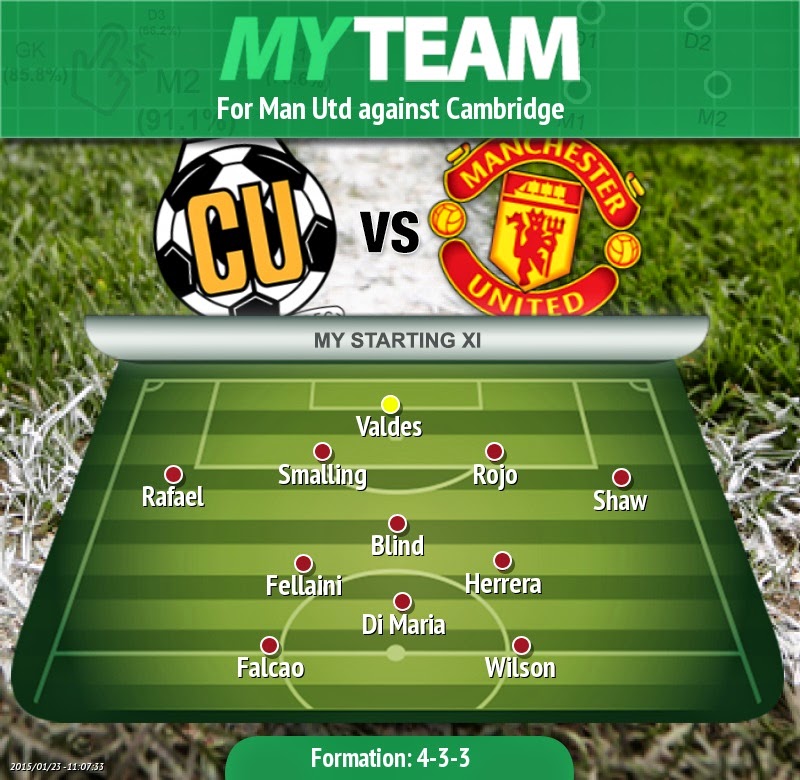 Manchester United goalkeeper Victor Valdes is likely to get his debut tonight against Cambridge United. The former Barcelona star could give competition to David De Gea.

Daley Blind will hopefully start on the defensive midfield position. Michael Carrick to be rested for this easy fixture.

Skipper Wayne Rooney is likely to be rested along with Robin van Persie who recently returned from injury.

Youngster James Wilson and on loan striker Radamel Falcao are likely to take the front seat tonight in the FA Cup game. Falcao had a good game against Queens Park Rangers last weekend, however he failed to score a goal.

Prediction:
Cambridge United 1 – 4 Manchester United, Radamel Falcao likely to get a goal.
Predict your score below.