Manchester City fan egg his mum as he tweeted that if Middlesbrough win then he will do. Manchester City lost the fourth round game of FA Cup yesterday at Etihad Stadium.

Manchester City fan egg his mum as he tweeted that if Middlesbrough win then he will do.
The fan tweeted just around 15:00 GMT the below tweet:

Manchester City lost the fourth round game of FA Cup yesterday at Etihad Stadium. Middlesbrough beat the Citizens 2 – 0 and let the fan to fulfill his promised tweet by egging his mum. The two second half goals were enough to knock the Premier League side out of the FA Cup.

The defending Premier League Champions were humiliated yesterday and fan's mum might have humiliated him more after his act.

It was definitely an easy fixture before the start of the game as they were a lower division side but the result turned it around not only for the City fans but also for Chelsea and Tottenham fans who both also suffered defeats at home against lower division sides.

The guy posted the below photo before hitting an egg to his mother. 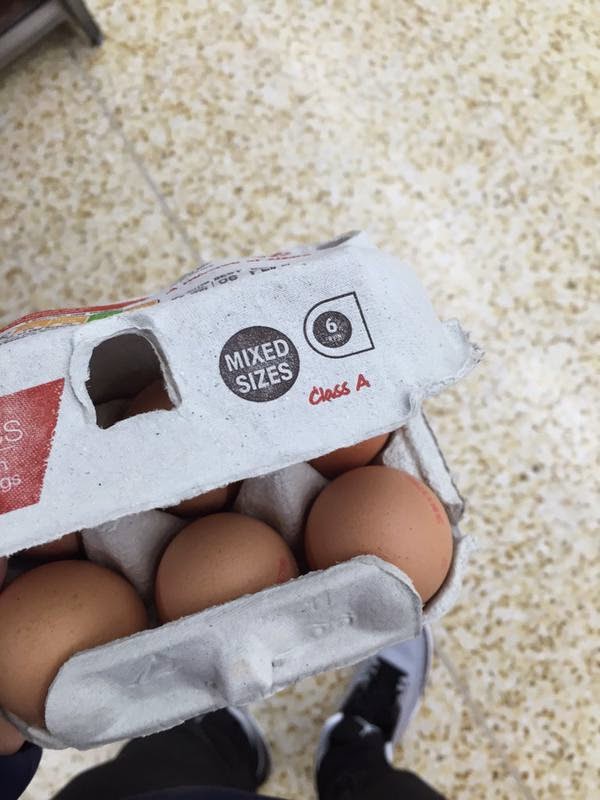 The below is the video as published after he hits his mum, see his mum's reaction below.

It would have been a better promise if he had hit on the naked part, however he hits on the back which was covered with a top. J

If this happened to you, would you hit your sweet mom with an egg? Just to appease people around the world?