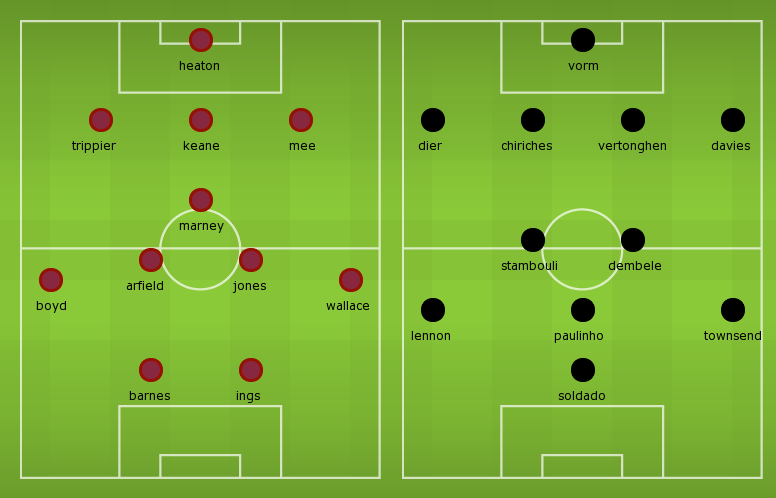 Team News:
Burnley
The home side will be without duo Jason Shackell and Kevin Long. Both the players suffered injuries in a Premier League game against Newcastle United last week. Micheal Duff also remain sidelined.
While Dean Marney is a doubt due to illness.

Tottenham
Midfielder Nabil Bentaleb will be absent for tonight’s clash as he has joined his national side Algeria for the Africa Cup of Nations. But Ryan Mason could feature in this game along with Erik Lamela who missed the last game with a calf problem.