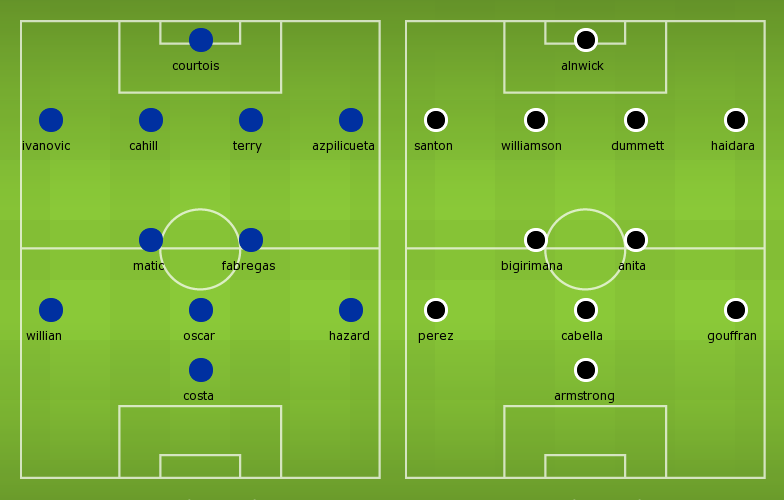 The Portuguese manager may start with the same line-up which were beaten by Tottenham Hotspurs on a New Year day. 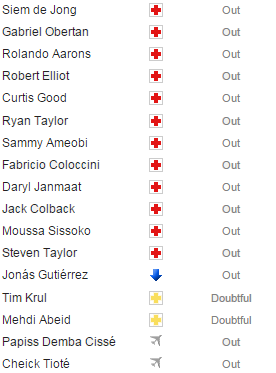 Newcastle is the only club in the Premier League with 15 injured players.

Twelve of them are out while Jonás Gutiérrez is still not match fit after beating cancer and duo Tim Krul and Mehdi Abeid are doubtful for this clash.

The main concerns for the Magpies are Fabricio Coloccini, Moussa Sissoko, Daryl Janmaat and Jack Colback as all the key players are out.

While the two Africans Cheick Tiote and Papiss Demba Cisse are on international duty for the Africa Cup of Nations.