According to the reports Arsenal is linked with a Polish club’s, Legia Warsaw’s defensive midfielder, Krystian Bielik. Even though the club have rejected two bids

According to the reports Arsenal is linked with a Polish club’s, Legia Warsaw’s defensive midfielder, Krystian Bielik. Even though the club have rejected two bids, the Metro report that there are still ongoing talks between the two clubs. Arsenal were ready to sign the 17-year-old at a price of 1.6 million pounds but the Polish club want around 2 million pounds. 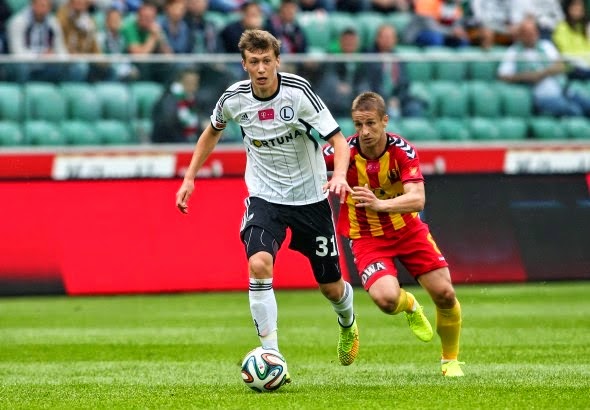 It has been a practice at Arsenal that whenever the club need auxiliary players, they get themselves linked with younger footballers rather than what is actually needed. Currently they need a backup for Per Mertesacker and Laurent Koscielny in the central defence. Still, the club is more serious about signing a 17-year-old, who will not be able to contribute to the first team.

Same thing happened in 2011 when Cesc Febregas and two other key players left, and Arsenal collapsed but their main stress was to reach and grab Joel Campbell. Right now it is possible to say that he does not have any future with Arsenal.

This keen interest in Krystian Bielik shows that the manager and board sometimes cannot prioritize properly. There are already a lot of teenager who yet have to shine with Arsenal. The club keeps thinking about future by signing young players and abandon the idea of winning games in the present. What will happen to Isaac Hayden if Bielik joins too?

It has been written in the past how Arsenal wasted so much energy in signing young players who have left the club after that. Luke Freeman is an example.

Right now if Wenger ignores the weakness in team’s defence and midfield and continues its race to sign the teenager, it’ll be agonizing for the fans.