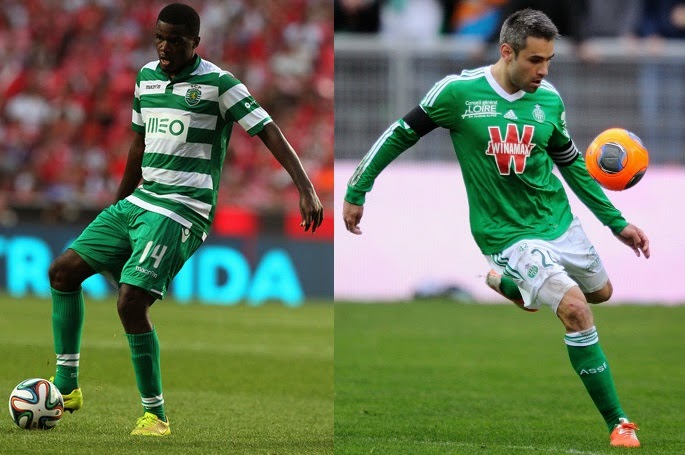 The Gunners boss Arsene Wenger is keen to strengthen his defensive side with these two new faces.

The early season injuries has cost Arsenal many points, despite of the return of Laurent Koscielny the French boss is eyeing to bring Saint Etienne skipper Loic Perrin.

The 29-year-old experienced center-back is a top target of Arsenal. Wenger is eyeing him as a backup option.

The Frenchman who is valued at £6million has already contacted the Arsenal officials for the January move.

Perrin is a versatile player can be used in variety of defensive positions.

Meanwhile, defensive midfield is already a big problem with Mikel Arteta and Jack Wilshere out, the Gunners have been facing problems since the start of the season.

Portugal intentional midfielder Carvalho has been on Arsenal’s radar since the summer. The 22-year-old who has been rated very high. He has the physical strength that Arsenal are lacking in the midfield.

The Portuguese man is rated around £20million, as per reports.

Carvalho is a regular player for the Portuguese side, he has made 20 appearances so far this season.