Arsenal lineup vs Brighton: Arsenal will face Brighton in the Fourth Round of FA Cup today at American Express Community Stadium.

Arsenal will face Brighton in the Fourth Round of FA Cup today at American Express Community Stadium. 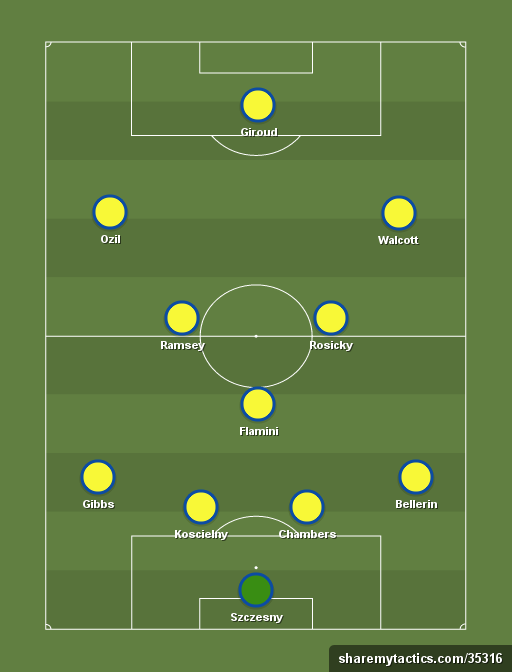 Arsenal might be in pressure as big sides Chelsea, Tottenham Hotspur and Manchester City lost at home and Manchester United and Liverpool only managed to get a draw yesterday.

Arsenal manager Arsene Wenger confirmed the start of Mesut Ozil after his lengthy spell away from the field.

Hector Bellerin and Alex Oxlade-Chamberlain both are doubtful for this clash. Bellerin has been a great player for Arsenal especially in the absence of Mathieu Debuchy who is still out for three months with a shoulder injury. Bellerin is currently having a minor ankle knock but is expected to take a part in this clash.

Meanwhile, midfielder Oxlade-Chamberlain is doubtful with his groin injury. Wenger told that he will be assessed in a late test but the Englishman is likely to be rested.

Striker Danny Welbeck is the only major concern who will be out for this game. The striker suffered an injury earlier this month. He has missed the last two games.

Star players Alexis Sanchez and Santi Cazorla are likely to be rested for this game along with centre-back Per Mertesacker.