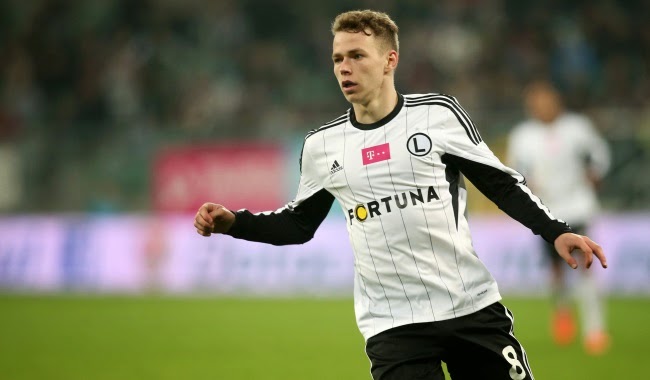 Several European Clubs have shown interest in Duda after his impressive display. The 20-year-old Ondrej Duda plays for Legia Warsaw in Poland.

The Slovakian International is compared to Manchester United attacker Angel Di Maria. He has recently made his international debut for Slovakia national team.

In his six appearances, he has scored two goals and created six chances for his team in the Europa League this season.

The Gunners boss Arsene Wenger is very keen for Duda as he considers him a vital asset for Arsenal in the future. Wenger is planning to strengthen his midfield department with the signature of Duda.

Arsenal are ready to give £8million for the 24-year-old, as per reports. But at the same time according to Duda, he is not going to leave his side this month but will consider in the coming summer.

Only time will tell that which club would be able to buy Duda but Wenger is likely to do everything to bring him at the Emirates Stadium.