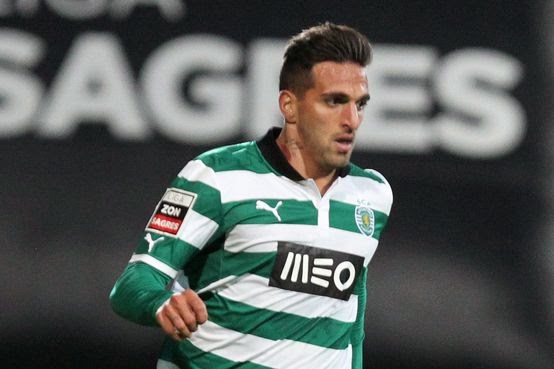 The Portuguese newspaper A Bola claimed that the London side who were interested in Miguel Lopes’ move in the summer are now started following him again for a move this month.

The 28-year-old is currently out with a recent injury and Spurs are waiting for the update.

Tottenham boss Mauricio Pochettino is eyeing to add another right-back in his list, with Kyle Walker and Kyle Naughton already in the squad. Lopes is not a top player but still the Argentine boss expects him to fight Walker and Naughton for his place in the lineup.

The Portuguese man who moved to Sporting Lisbon from Porto in 2013 spent last season on loan at French side Lyon.

Reports also claimed that English outfit has sent their scout to keep an eye on the player. Also, Pochettino could also take him on loan instead of a permanent deal.

However, this is just a rumour and it might turn it into a reality in the coming weeks.

Lopes is not a regular player for the Portuguese outfit he has only made four appearances so far this season and could leave on loan even if Spurs failed to seal his move.